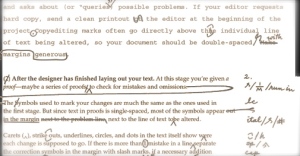 Yesterday I related my journey out of the dark cave of hoarding. I mentioned that part of my problem was an addiction to books. Now, this is an addiction that, in most people, I have no problem with. I admire voracious readers and lovers of the printed word. I write, and as such, I need book lovers in my life to support me: both emotionally and (hopefully) financially. For me, however, having mountains of books was part of a greater problem. I feel confident that now they are in the hands of other readers (hoarders or not) who might read them and enjoy them as I have.

I will never fully abandon the printed page. I love the look, the feel, and the smell of books, new or old. However, I have become just as enamored of my Kindle, which is much easier to carry in my purse and to read on an airplane. Of course, I have built up a new, virtual hoard of (mostly free) books (thank you pixelofink.com) all of which I know I will read someday. Presently I only have 257 books, but I’m sure that eventually I will have quite a few more. On the positive tip, I don’t need any extra bookshelves.

Many of the free books I’ve downloaded are novels by new writers, many publishing directly into the e-book format. I am all for this. It is difficult to get into traditional publishing, and more and more writers are finding success through self-publication. My  major concern with e-publishing however is two-fold: a glut of poorly written material, and a complete lack of editing, even in the better novels.

There has always been a glut of terrible novels on the market: corny pulp fiction, predictable mysteries, semi-pornographic mysogynistic romances, mis-firing  sci-fi, and ridiculous fantasy ripoffs in which Lord of the Rings meets Conan the Barbarian. What constitutes a “good book,” however, is completely subjective, and thus some of the worst examples of otherwise wonderful genres have managed to become best-sellers. (This is still true, but that’s a whole other rant.)  As the traditional publishing industry has declined, however, it seems that many would-be writers have turned to e-publishing to get their words out.

This just means, as always, that one has to sort through the dreck to find the pearls.

This brings me to the second issue I have with e-books: the dreaded (and seemingly discarded) art of editing. I have downloaded quite a number of  e-books that looked promising. Many of them were decent, fun reads. Sadly, I was distracted from my enjoyment by the glaring number of misspellings, repeats, poorly used grammar, and misplaced punctuation.

I have made it a point, of late, to step down from the perfectionist soap box. I don’t find it helpful to lambaste someone for making a spelling, grammar, or punctuation mistake. I read fluent typo. I make many myself (even in my blogs.) However, I taught special ed kindergarten; if I can read their writing, I can read yours. Nevertheless, I have strong standards when it comes to the publication of my own work. ( i.e. if you find typos, tell me, and I’ll fix them!)

Why, I must ask any writer, would you wish to publish anything that is not as perfect as it can be?

I know not everyone is a great speller (or punctuator.) This is what editors are for.

I have read Amazon reviews such as the following (made up) example (sorry for the shouting):

“This is the WORST book I have ever read! I couldn’t even get through it because there were so many mistakes! The author is so stupid she can’t even spell ‘its’ correctly! NEVER READ THIS BOOK! It was not worth the price (FREE.) This book will RUIN YOUR LIFE!”

I love hyperbole, don’t you?

When I worked as a theatre critic for an awesome independent newspaper, I was known for my well-tempered reviews. Even when I did not enjoy a play, I would try to find the good points, and avoid being too harsh on the weaknesses. After all, this was most often community theater I was reviewing, not Broadway. The other guy in town was much more brutal in his “honesty.”  Personally,  I tend to think of “brutal honesty” as being more brutal than honest. He seems to have believed he was writing for New York Magazine or something, rather than a small urban newspaper.  I felt it was more important to support the actors and their efforts than to tear them down. I knew my approach was successful when I stopped to greet an actor from one of the few semi-professional companies I reviewed. She was pleased to meet in person, and told me, “I don’t usually read my reviews, but my friend showed me yours. You really got it.” When actors actually read your reviews, you know you’re doing it right.

Tangent aside, I don’t believe in tearing down new writers, even when they should know better. They should be encouraged to do their best; to have pride in their work. They should know that they will likely receive bad reviews, but they should come because people did not like the content, not because the writer was not vigilant enough in her revisions.

“This book was a fun read. It had a quick-moving plot and the characters were likable, quirky, and well-developed. However, this book could have been greatly improved if the writer had hired a competent editor. Call me.”

By the time they go to publication, most of these manuscripts only need quick edits. (This is not always the case. Occasionally it is blatantly clear that the author has made the mistake of writing one draft and calling it finished.) It is not only in traditional publishing that writers gain or lose a reputation. Why risk a reputation on poor grammar and punctuation?

Why publish something that will be less than your best? Need I say it again?

Next on the Daily Dilettante: The Importance of Poetry

I am a freelance writer and editor, life-long learner and educator, multi-media artist, and intrepid adventurer. A transplant from the beautiful Pacific Northwest, I live in (mostly) sunny San Jose, CA with two cats and one husband. View more posts