When I came to California in January of 2013, I had no intention of teaching here. In fact I worked at a dentist’s office, despite my complete fear of dentists (I even mentioned it in my interview, honestly!) After months of working piddly hours (2 days a week) at a piddly salary ($12/hr., but with great dental benefits!) I finally knew I had to get a regular job, and I decided to substitute teach.

Now most people think subbing is the job from Hell, but I actually enjoy it. More pay (because you don’t get benefits, but fortunately my hubs had me covered), you have work every day if you want it (I think there was only one day that year, March 17, that I wasn’t offered work) and you can say “no” if you know a job will be terrible. Also, if a day is crap, you get to leave that day behind, and you never have to go back unless you are a sucker for punishment (which I sort of am.)

After jumping through some hoops to get my 30-day emergency certification, I applied to a bunch of school districts in the area. After getting NO callbacks, I finally hired on to a company that served private schools and public charter schools. That’s how I found Rocketship, and decided to teach again.

I’m not going to make this an ad for Rocketship, or an argument for charter schools (Although, along with New York, the Bay Area has the best performing, most sustainable charter school system in the U.S.) My school is a public school, in one of San Jose’s poorest neighborhoods, “Little Saigon.”

Before I tell you about our community, let me lay out some facts (I’ll cite my sources at the end).

Twenty-three percent of children in California live in poverty, but black and brown families bear the brunt of it. Thirty-one percent of Latino children and 28% of black children live in poverty in the state that boasts the 5th highest economy in the world. The job market may be booming, but those jobs are not accessible to many of the people who have lived here for generations.

Part of this is due to discriminatory housing covenants and other practices, the boom of the tech industry causing housing prices to rise and pushing low income families out of the area through gentrification, and lack of educational opportunities for black and brown children.

San Jose ranks as the sixth most unequal area in California on the income spectrum as of 2016, and I have no doubt we are higher on the list today.  The highest earners in Santa Clara County earn 10.5 times more than the lowest earners, approximately $429,000 vs. $41,000, and that low end listed is at the 20th percentile. The top 1% in the county earn an average of $2.7 million a year. The families in East San Jose survive on much, much less.  55% of our families make less than $25,000 a year. Low income families in the region have actually suffered an income decline as the top earners salaries have ballooned over 25% in the last 30 years (adjusted for inflation) . A low-income household, when also adjusted for inflation, would actually make less today than they would have in 1989.

According to Zillow, the median home value in Santa Clara County today is $1,316,000.  The median. While there are 76,000 millionaires and billionaires in Silicon Valley, there are 7,600 homeless individuals residing within Santa Clara County alone.  I see them every day while driving to work. I see them as I walk to get lunch. I even see them in my middle class North San Jose neighborhood, sitting outside the swanky market.

Those at the bottom of the economic pile also find themselves working harder for less money. Those who are just able to afford the “real cost” of making it in  Santa Clara County make around $27 per hour, whereas the average income for those living below the real cost of living is about $10-$12, around the current California minimum wage ($11/hr.)

If, and this is not always the case, a person works a full time job (40 hours a week, 52 weeks a year) at an hourly rate of $11.00, they will bring home a weekly pay of $440, monthly pay of $1,907, and an annual salary of $22,880.  As I said above, 55% of our families are in that range. That doesn’t go far. 90% of our students qualify for free or reduced lunch.  About 70% of our students are English Language Learners, and their families’ opportunities are limited by their lack of English fluency.

A few miles away, the giant tech industries, who shove millions into offshore accounts, maintain a “flexible” staff of part time service workers to clean and maintain their buildings, serve in their cafeterias, and maintain their security. This mean no one gets enough hours, and no one gets benefits. The parents of our students work several jobs, often at inconvenient hours, to keep food on the table, and clothes and shoes on their kids’ bodies.

In our community, families often face the consequences of poverty: high levels of stress leading to health problems, inadequate education, low-paying jobs, being funneled into the school to prison pipeline, and, in the end, having to move out of the city they were raised in, often to places where there are even fewer opportunities and greater disadvantages to being a highly melanated human being.

At our school, we face these realities every day. Many of our teachers are from this community or communities much like this one (Oakland, L.A., Washington D.C.) and have worked their entire career in urban schools. many attended schools where they had to work three times as hard to close the opportunity gap for themselves. Many are first in their families to attend or graduate from college. While some of us, like myself, are white, we know we are privileged from the outset, however, we feel honored by the true privilege of being welcomed into this vibrant and welcoming community, where we do our best to check the white privilege at the door. We are no one’s savior.

However, in our community we also have some of the best Mexican and Vietnamese food you’ve ever eaten, often side by side. We celebrate Tet and Mexican Independence Day (no, it’s not May 5.) We walk to school to the music of roosters crowing, and we greet the man selling helado from his cart as we exit school.  Every morning at Rocketship Mosaic we greet the day with a creed celebrating our community values, and a dance celebrating our excitement to learn. There is music, joy, and pride here.

Every day, I greet the families of these students I love. I cuddle their siblings, I speak my mangled Spanish and listen to their emerging English. I do my best to bring out the innate intelligence of their children and encourage them to believe that the opportunity for college is their birthright. These children may not have their lives handed to them on a silver platter, but damned if I won’t offer them what I can on a plate, and offer them a spoon.

It’s working. Our students, with our guidance are closing the opportunity gap in this city. They score higher than state average on standardized tests. On average, they make over a year’s growth annually in both reading and math. Our school has received accolades for the progress our Latinx students have made annually.  Our school has not suspended or expelled a single student in over three years. The students in our Special Education program exhibited average growth of 2.3 years last year.

This is not about test scores, though. Our work is about developing competent problem solvers. it’s about teaching young people to use their voices, their minds, and their grit to achieve. Our students leave elementary school to excel in middle school and beyond. The first Rocketship students are now attending top tier colleges.  Even if they choose not to go the collegiate path, they have been well educated; and, as B.B. King said, “The beautiful thing about learning is that nobody can take it away from you.”

Our work is about closing the gaps in opportunity for these children who are living on love and grit. Who grab at knowledge with both hands and make the most of it. Who feel pride in their learning, and will always remember where they come from, even as they look forward.

The students (and parents)  in my school community are precious to me. They are curious, funny, smart, persistent, rich in culture, generous, and invaluable. I am blessed to be a part of such an adventure in learning, and I would not trade my school in Little Saigon for all the schools in the world.

The Way Back Machine 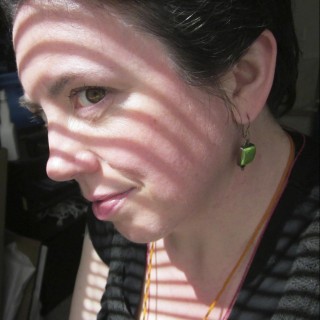 I am a freelance writer and editor, life-long learner and educator, multi-media artist, and intrepid adventurer. A transplant from the beautiful Pacific Northwest, I live in (mostly) sunny San Jose, CA with two cats and one husband.